A little progress, a little setback

It was a pretty good week.  The motor and electronics are working well, although there is a lot of jumping very slow speed.  That turns out to be play in the rear end, so I'm going to have Denny's auto repair in Stoughton fix it after I get some parts.

Next I'm going to rebuild the steering box.  I found a great video on line, actually for a model of Jeep that uses the same box.  I will replace the bearings and the pawl (which follows the worm gear) and it should be good again.  This guy, who has rebuilt several of them says that the worm gear is always OK.  I hope he's right because that is a major part.

Next Thursday I'll take the truck to Madison Spring to get their ideas on fixing the front end.  The extended shackles may be part of the handling problem, plus the front end bangs metal on metal when you hit a road imperfection.

Last Thursday I took the truck to bb7 to be photographed.  It gave a number of folks there the chance to drive it some which made me happy.  It's still not good over 40 mph, so their drives were limited.  Unfortunately, somebody got overenthusiastic about opening the door and crunched the passenger side door near the top hinge... one more thing to fix.

However, it's sort of to be expected.  Things are still rattling loose and I work to tighten them.  It's still a big project, but at least it's on the road again and great fun to drive.

Finally, I took it to the Stoughton Coffee Break car show Saturday.  A lot of smiles, a lot of curiosity.  It was fun, but will be more fun when it's finished.
Posted by Rich at 5:21 AM 1 comment:

Your mileage may vary

I drove the truck 53 miles yesterday and just finished charging.  Based on this the truck has the potential to go 140 miles between charges (57.6 kWh).  Of course that's running the batteries dry (a bad idea) and averaging 40 mph or so.  But it's a data point.  Here is a graph of the drives I've recorded (except for the max point (140 miles) which is an estimate based on the other data. 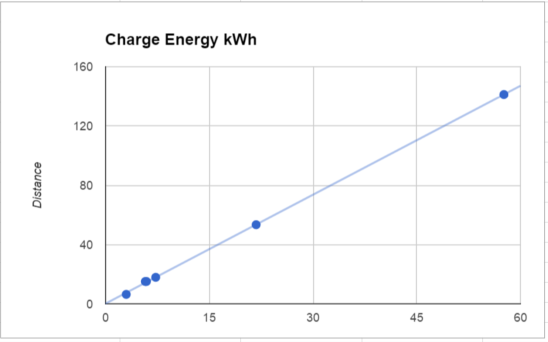 Things are slowly getting better.  I have new tires, that reduced road noise and vibration.  I also removed the clutch and flywheel.

The flywheel was unbalanced and I was concerned that the motor bearing would go out.  After a bit of research on the internet, and speaking to my brother and Rick Beebe, I decided that I could remove them.  That still presented a problem of how to connect the motor to the transmission, but a little on-line hunting turned up the little item.  It's about 4" across, compared to the 12" diameter clutch assembly on the right. 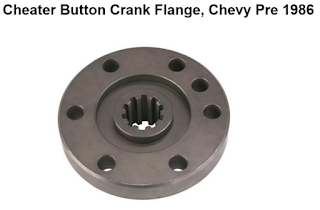 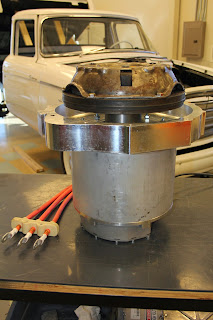 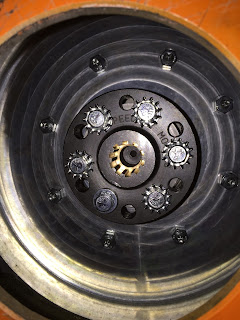 Now it runs smooth as silk and I shaved 40 or 50 pounds off too.

Otherwise, Rick Beebe stopped by.  Rick was at EAA and has been watching the blog so he stopped because he was in the area.  He gave me a lot of good suggestions and we had a nice ride around the circuit. (pre-clutch removal).

This morning I took my first 'utility' drive to Stoughton to have breakfast with Kreg Gruben.  It's starting to get fun and I'm starting to trust it some.

On the agenda now is to take it to a local shop to look at the steering (still loose).  Finish wiring the turn signals.  Put in a new DC/DC converter. And lots of interior, windows, misc small stuff... oh yeah, and a parking brake. 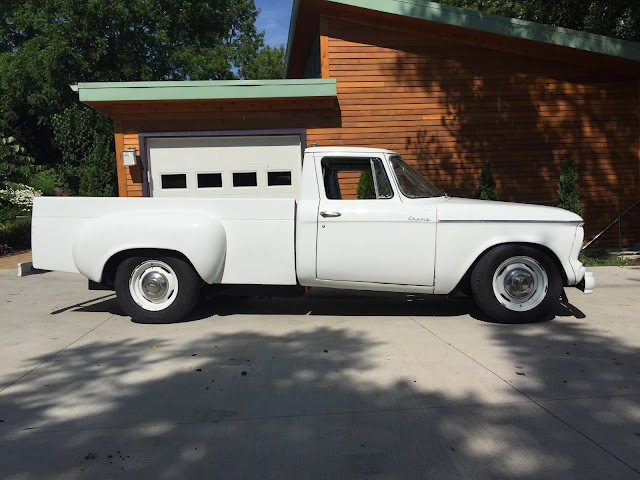 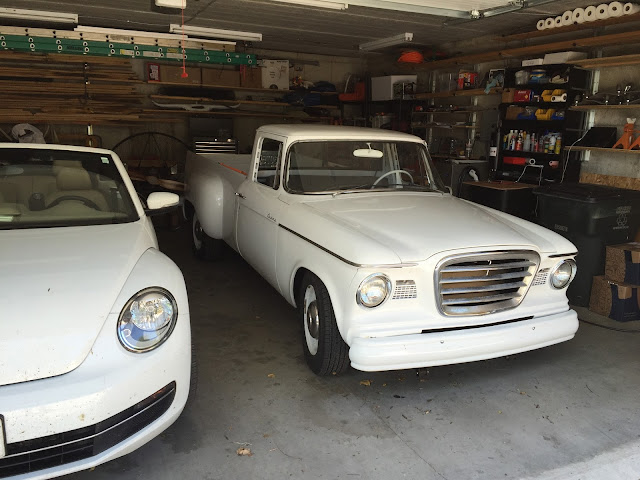