This has been a week of noodling.  In particular we've thought a lot about aesthetics and battery boxes.  First let's talk about battery boxes. 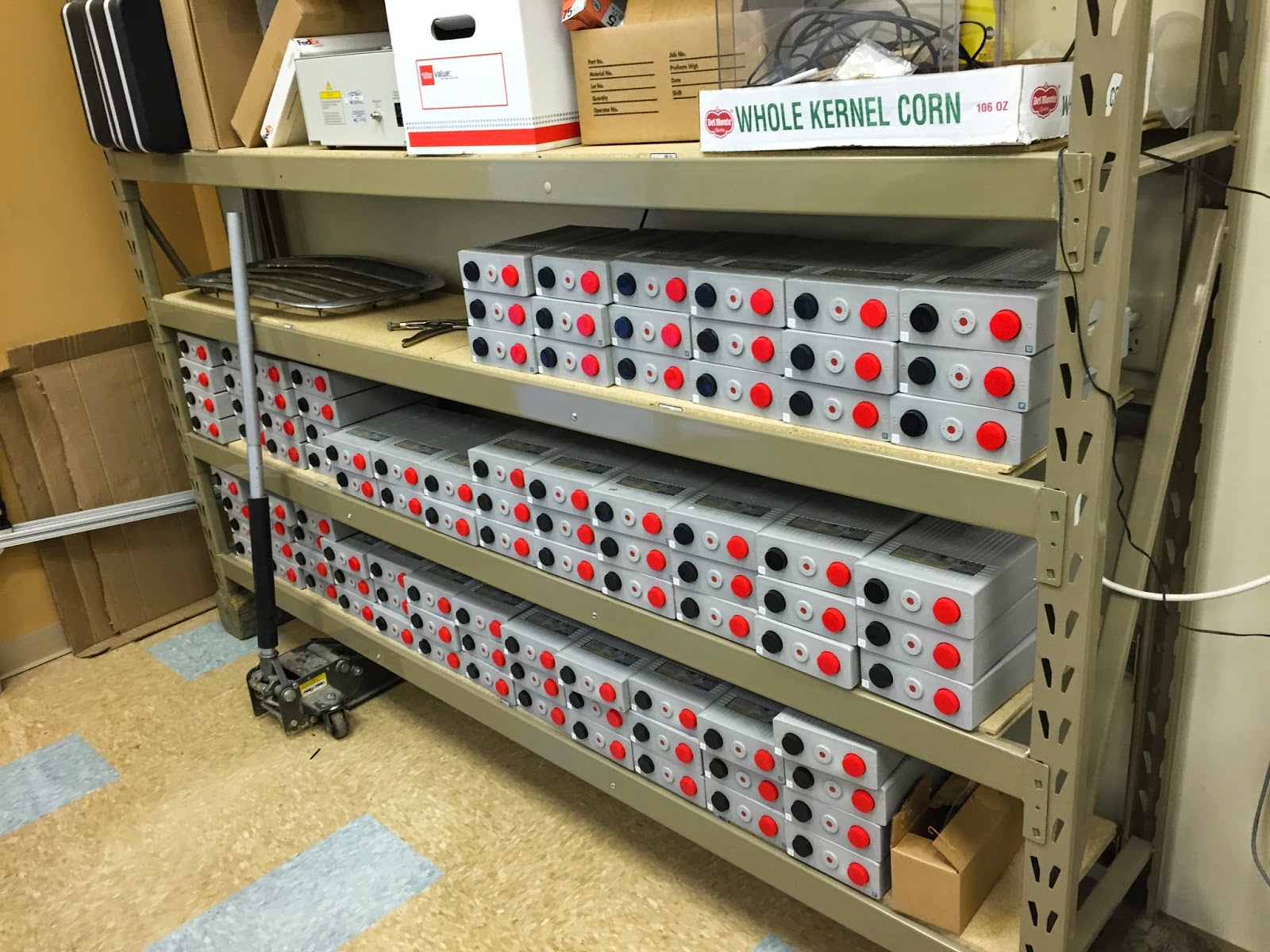 Mark & Greg have worked hard to figure out where to put 100 batteries.  As in all ventures, there are some easy answers... except for... 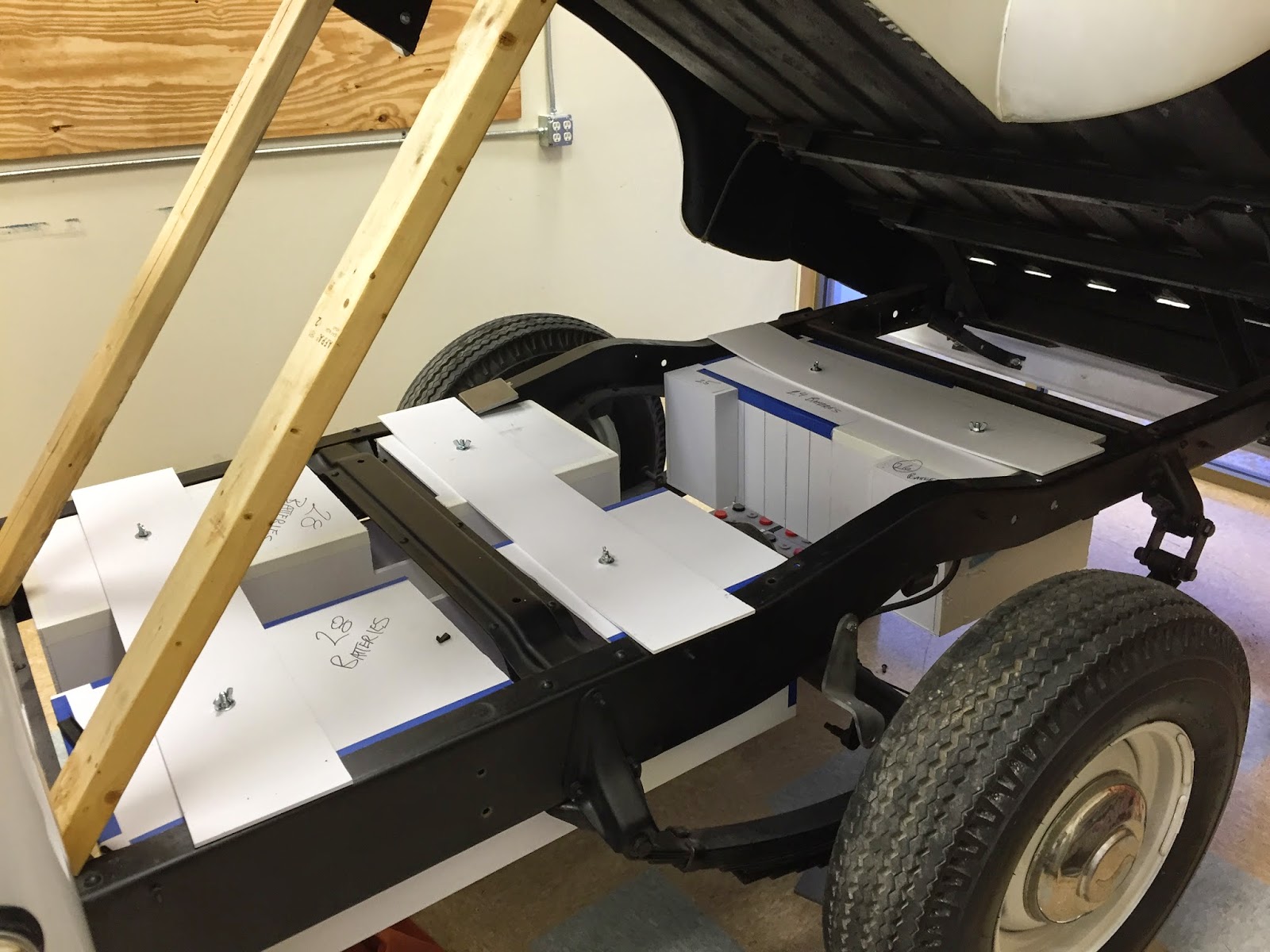 So Mark made some foam core models that represented the battery sizes and installed them in the truck. That really helped visualize the problem.  Everything fit really well, except for the very important frame cross member right in the middle of the two largest battery boxes.  After a lot of head scratching and cogitating among our mechanical engineers, they decided that we can rip out that vital cross member and reinforce the frame in another, less inconvenient (sorry for the double negative) place. 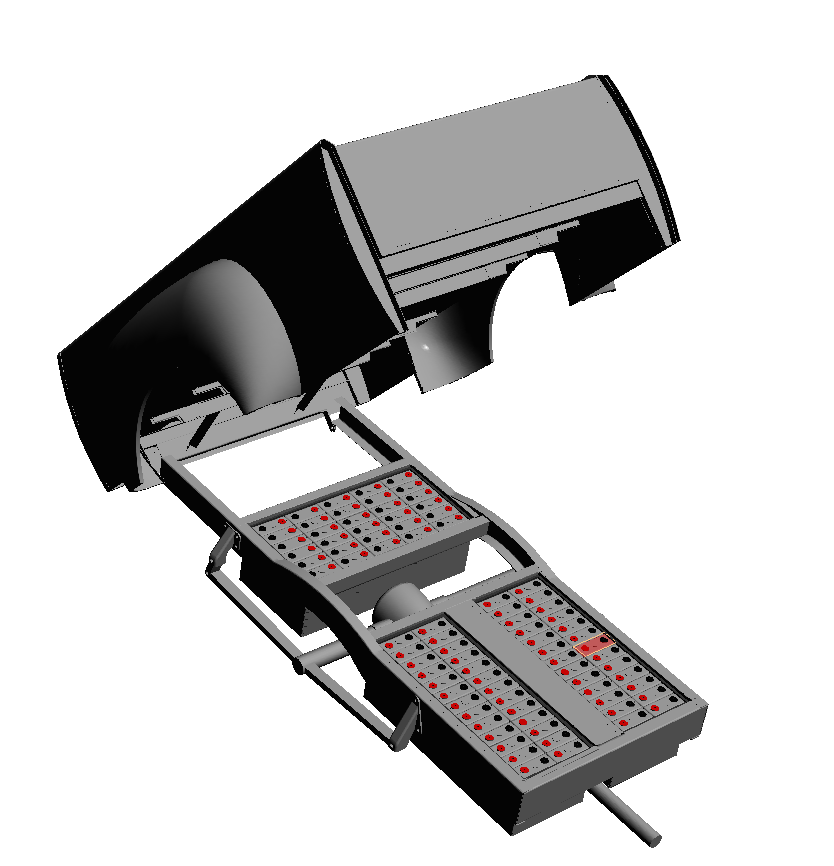 After having the rough idea in place, Greg took his tape measure, and his Solidworks CAD package and drew up the whole back half of the truck.  It took Greg about 5 minutes (hyperbole) where it would have taken others much, much longer.  He is a wizard.  Here are a couple of pictures of his work.

As always, click on the image to enlarge it. 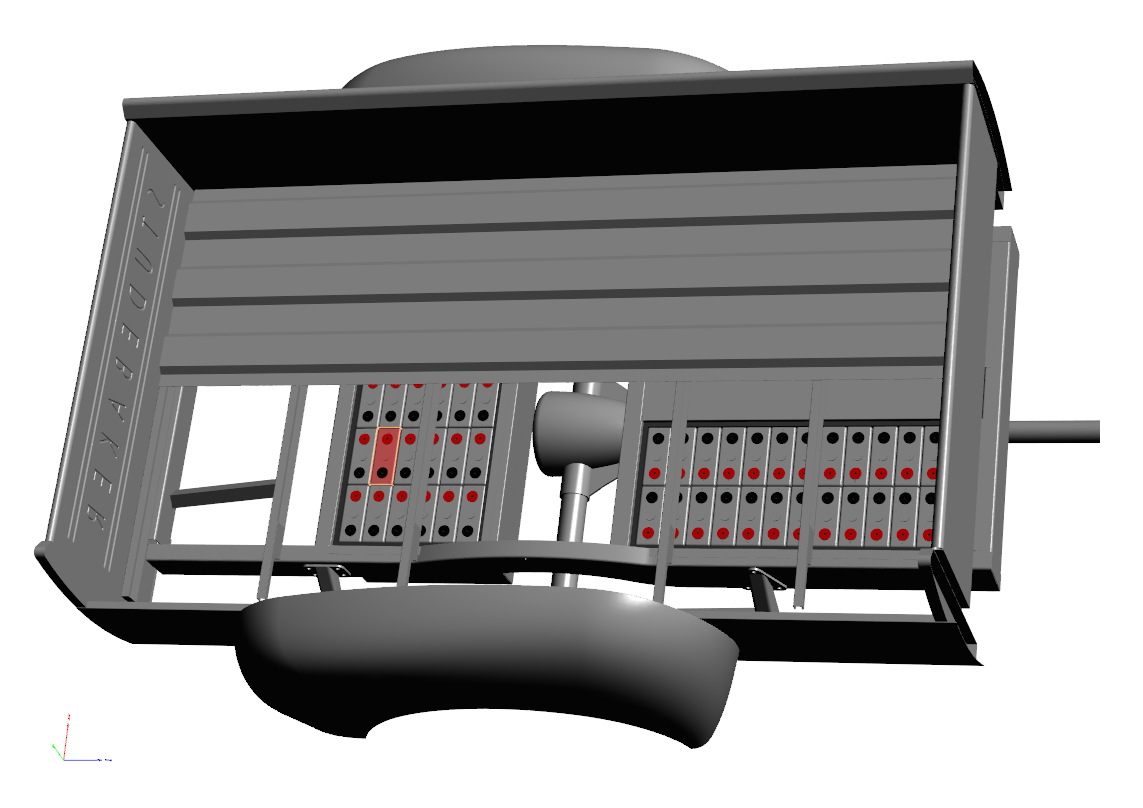 For those more bold, I've included some files below.  The pdf files are pretty cool because regular old adobe acrobat will allow you to spin the assemblies and hide (via left mouse click) surfaces.  I've also included an e-drawing.  If you know what that is, then you also know how to view it.  Studebaker Files 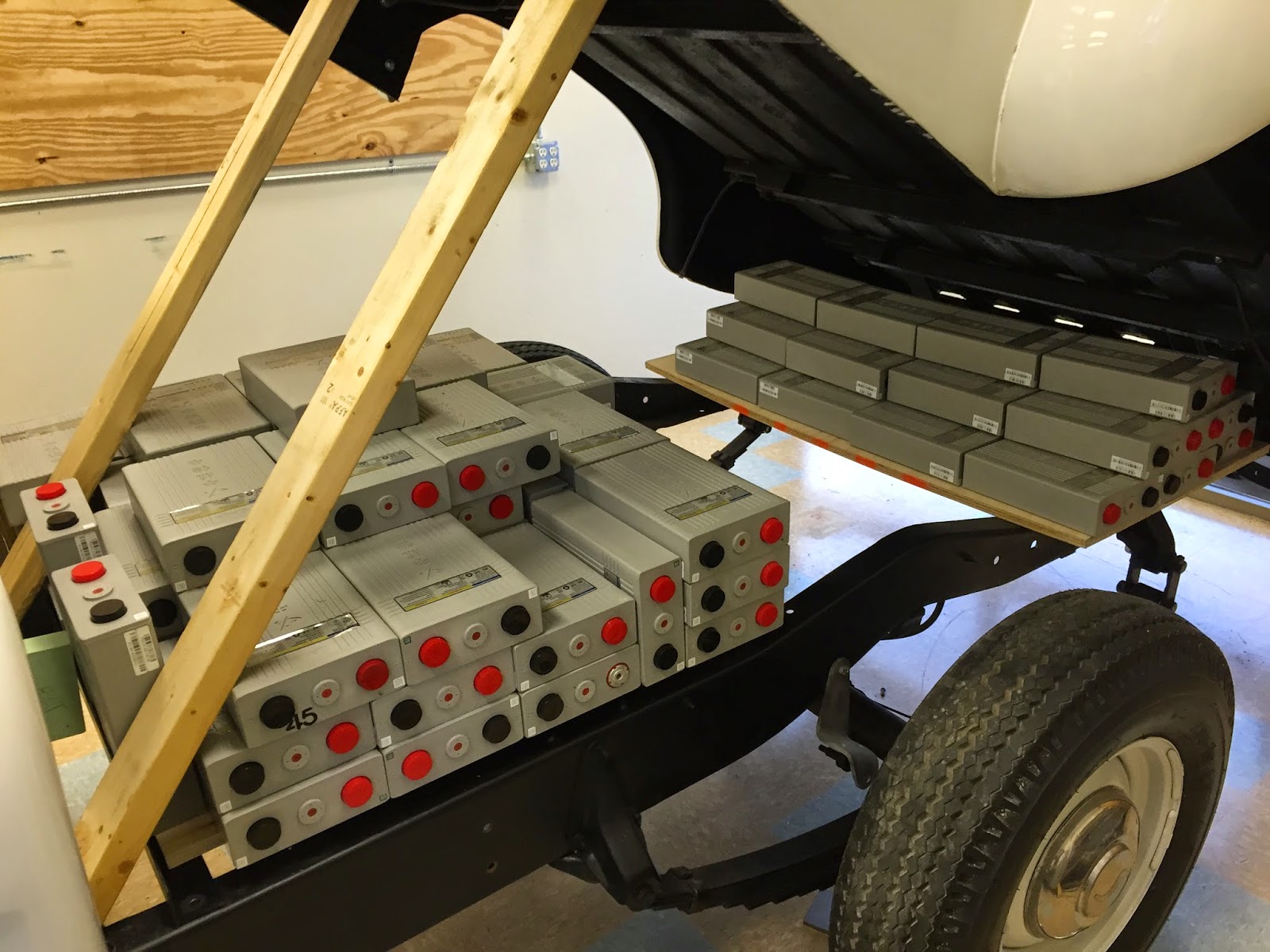 This morning I loaded up the frame with all of the batteries to see how much it would drop under load.  1.25" was all that 1200+ pounds of batteries could do the good old truck.


In other news, we discussed aesthetics of the truck.  We have quite a few car nuts in our ranks.  In particular, John, Rob, and Jason are thinking about how this will end up looking.  We talked about wheels, chrome, lights, colors, interior.  They are doing renderings now so I should be able to post some of that next week.  In the mean time, here is the rendering that we are getting the most positive feedback from.  The truck will likely look similar to this. 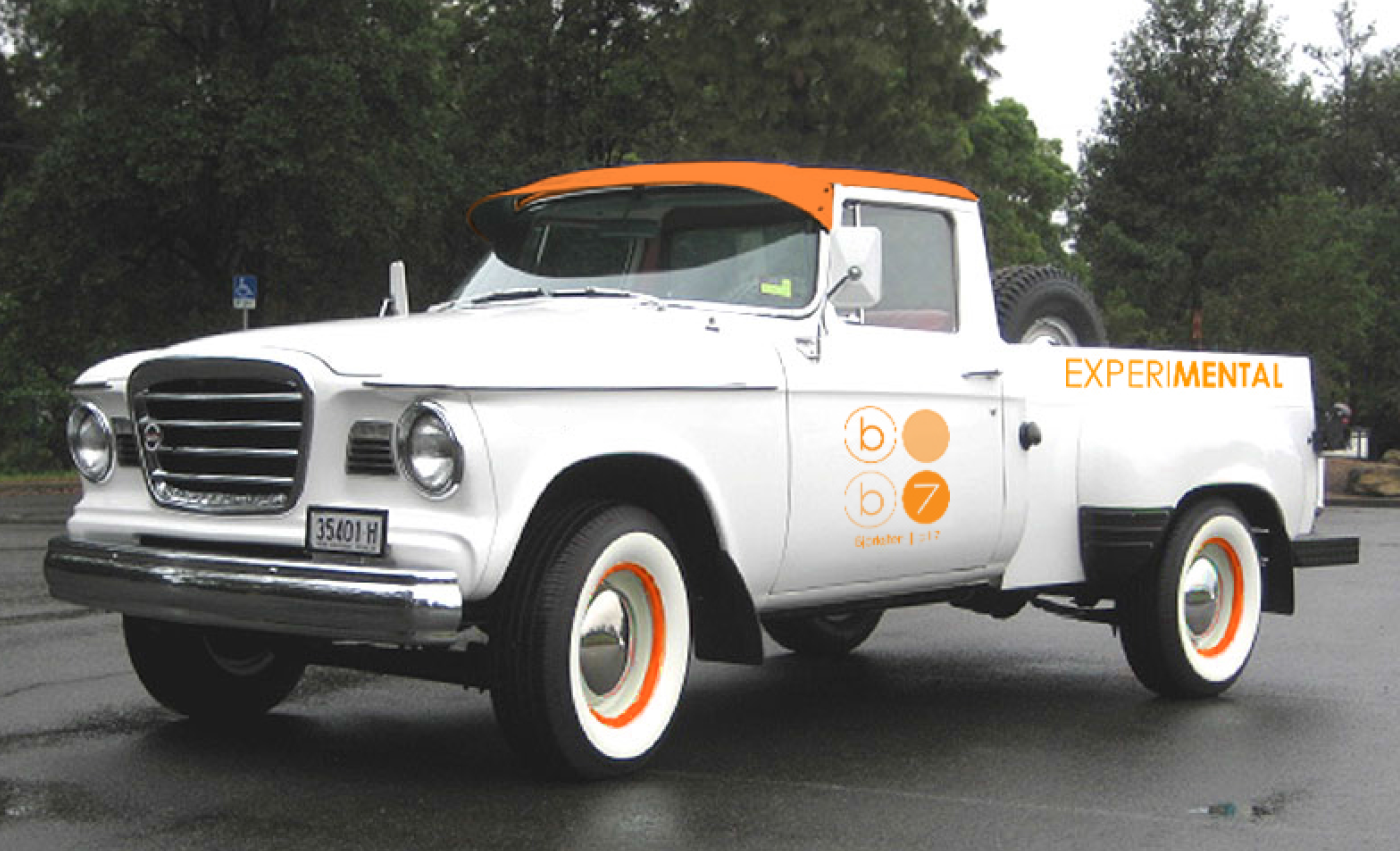 This week I hope that we will start cutting metal on the adapter plate and I hope that by next week I will have some video to share.

One last thing... I just got an e-mail from Andrew.  He's working on the audio and he found this retro radio.  What a great find! 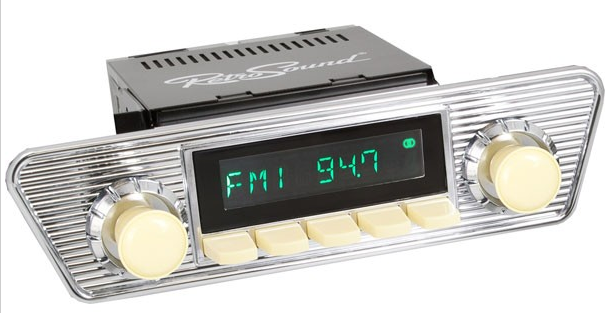