The slog continues.  Now that the truck is home, I can jump out and work on it easier.  This week I have been shoring up some of the essentials... like brakes and clutch.

During the drive home, I discovered that the brakes were not nearly strong enough.  They looked good while the truck was on jacks, only having to stop the wheel.  However, they did not do a good job stopping the truck!  Additionally, the clutch pedal broke off (!!) about the time we hit Stoughton.  Of course you don't 'need' a clutch pedal, but it sure does help.

I drove the truck to Ellsworth Welding in town and Jeff Ellsworth (who loved the truck) figured it had to be removed to weld.  So, I removed it the next day.  It was a bit of a puzzle, but came off easily after I figured that one out.

He did a great job of welding, and as a bonus, he reshaped the metal so that the pedals sit much better.  They had bent out of shape after all the years of use.

The other major accomplishment was fixing a software 'bug'.  I was having trouble with the truck 'starting'.  Sometimes when I turned the key, everything was AOK, and sometimes it would only run the motor for a second before shutting down.

After several e-mails with Jack, I finally found the dopey mistake that I made.  You have to tell the controller box which outputs are hooked to where.  In my case I have outputs running to the two contactors, the main contactor and the pre-charge contactor.  I had them assigned to Outputs 3 & 4, but the wires were hooked to 4 & 5.  When it worked, it was just lucky that the output 3 came up in a state that happened to run the truck.  It shouldn't have worked at all.  So, when I fixed that, everything now comes up and runs very reliably.

Here are a couple of pictures of the controller software.  The guys at EVTV, Jack and Colin mostly I think (not sure), did a great job. 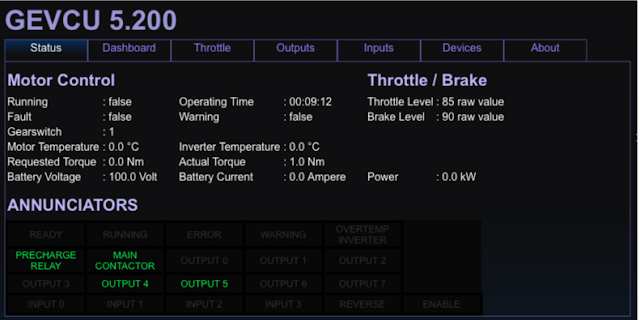 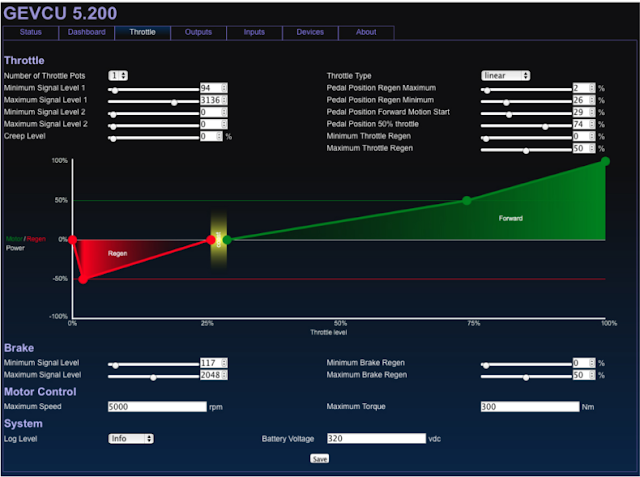 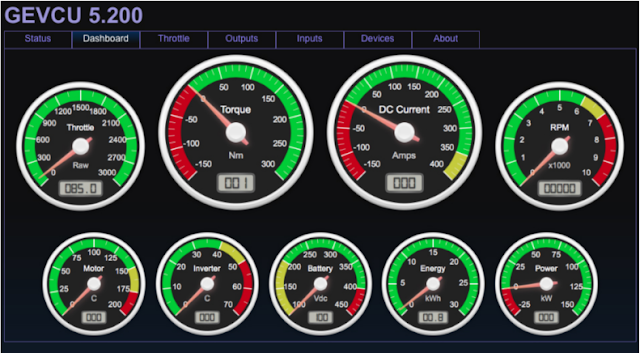